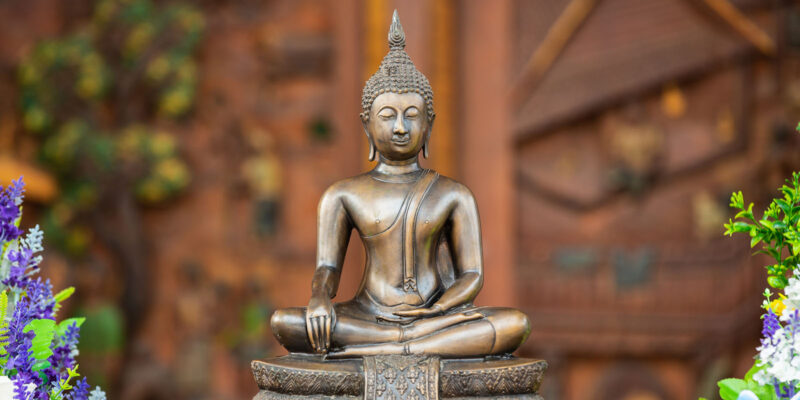 Hatred never ceases by hatred but only love. This is the eternal unchanging law.

I bring you greetings from the five hundred million Buddhists of the world Buddhist population at the time from many lands and climes, followers of the Enlightened One who, more than twenty-five centuries ago proclaimed, “Hatred never ceases by hatred but only love. This is the eternal unchanging law.”

We are here gathered to talk of Peace and Religion the two most important factors involved in human happiness. There has not been and never will be real happiness in the world without the peace, and Religion above all is the way to the attainment of peace. And, in this quest of peace, the follower of all religions can unite in deep fellowship with all of our strength and all of our conviction. For religion’sole concern is with humanity. It is religion, not science or philosophy, that can illumine our reason inspire our wisdom to stimulate our lives and claim our devoted, intelligent service. It is the religion that imparts a unique value to our personality. In all its completeness combining and stressing in proper places establishing a balance of lights and shadows in the background and in the foreground. It is a religion that transmutes our values changes our objectives, reinforces our powers gives us courage and insight.

What has Buddhism to say about peace?

Buddhism above all teaches the law of cause and effect. Everything that is the effect of causes and is itself the cause of other effects. Peace is no exception. Peace comes primarily by the absence of conflict. It is a result, an end not an instrument. It does not come by mere wish fullness or prayer. It has to be obtained by effort, by weaving the principles of righteousness into the whole fabric of the human relationship.

The opposite of peace is conflict and conflict according to the Buddha, is the cause of all our unhappiness. Conflicts are the result of tensions and tensions are of various kinds. There are tensions within each one of us as individuals, tensions emanating from the strife of social, political, racial, and religious and language group within states and societies. Then there are international tensions some come down to us as historic legacies. Others are artificial and man-made. We have also economic tensions between the have’s and the have not’s and also those due to hunger and poverty. These manifold tensions create fear, suspicion, hatred and vindictiveness. It is the restless world we live in, a world in which the burden of sorrow and unhappiness big enough to crush the sole of any sensitive person and fill him with despair concerning the destiny of the world making him feel that humanity is in peril of eventuality destroying itself.

What is Buddhism’s answer to this? 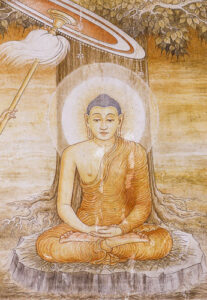 One of the most fundamental teachings of the Buddha is that man is not at the mercy of an inexorable fate and that mankind has within itself the power to control its own destiny. There is no such thing as the inevitability of war or for a matter of that, the inevitability of history. It is for us to fashion our future how we will. We can consciously direct the process of human evolution. To assume that we are helpless, creatures helplessly caught up in a fast-flowing current being swept away into a final abyss of cataclysm is a philosophy of despair, and Buddhism will countenance no such thing. The Buddha does not teach that man is God. But he does proclaim that man by his effort can become divine, not by supplications but by action inspired by wisdom. progenitor and also their controller. Thus must the resolution of conflict and the attainment of peace begin in the human mind? The heart of man is where the issues of war and peace are finally settled. The ultimate goal of the Buddhist way of life is Nirvana and Nirvana is described as Shanti, peace, and perfect peace, the peace that passes understanding.

The Buddha does not teach that man is God. But he does proclaim that man by his effort can become divine

The foundation of that peace of all peace lies within the human heart. The enemies of peace are wrong attitudes of mind-greed and fear ill will and hatred ignorance and prejudice arrogance and false pride. Weapons of war, guns or rocket bombs cannot destroy these. They can be removed only by their replacement with their opposite qualities. There are two ways of overcoming evil. The one is by force, but forcer in its train always begets hatred and hatred does not produce peace. The other way is love and the Buddhist way of life is the law of love.

This is called Maha Karunika, the All-compassionate One and his teaching are that happiness and peace are to be attained by love and compassion metta and karuna but coupled with wisdom and enlightenment pragna. By following the teaching man establishes a right relationship with his followers and also with the universe for man’s purpose is not the conquest of the universe but the understanding of it, so that he may attain harmony therewith. The machinery of hate is based on the theory of human depravity if presupposes the incurable ignorance, stupidity and selfishness of man. The way of love, which the Buddha teaches is built on the theory of human goodness, the unselfishness compassion and boundless capacity for self–sacrifice which are inherent in man.

Since conflicts are the cause of war, in our quest for peace we must eliminate the causes of conflict. The preamble to the UNESCO Charter reminds us that war begins in the minds of men

But, for love to be effective, says the Buddha, it must be all-embracing. It must all include all forms of life, not merely human beings. In the of the meditation which every Buddhist is asked to practice. It must be an all-inclusive love, for all the universe in all its heights and depths and breadth unstinted love unmarred by hate within for creatures seen and unseen dwelling far or near all creatures great and small born or yet awaiting birth. It must involve the completeness of self-giving, making no demands of any kind, the true gift of love that make the rich and add no sorrow, love intensified even to a sacrificial degree, total love, the love that casts out all fear and stronger than death. This is the ideal of the Bodhisatta, the aspirant for enlightenment as all followers of the Buddha should be. He seeks the total redemption of mankind for no one is beyond redemption. And redemption is to be achieved in this world, not in some transcendent realm elsewhere after death. 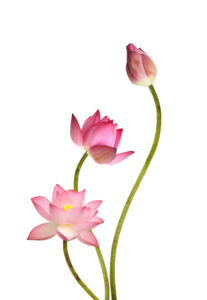 War is evil, according to the Buddha, Evil is not to be feared but understood. This can be done only by penetrating beyond traditional categories of right and wrong by rejecting categorical morality and its accompanying self-righteousness by self-examination reflection and self- discipline, producing contentment born of understanding and peace, born of insight. ‘Let a man overcome anger by love. Let him overcome evil by good; let him overcome the greedy by liberality, the liar by truth. “This is the law of individuals. It is also the Buddha’s injunction for nations and peoples everywhere would behave with the same decoy as they would behave as men and brothers then the institutions for war will wither away the institutions for peace will flourish abundantly. We meet at a very crucial moment in the history of the United Nations and also in the history of mankind. The greater part of human endeavours seems to be devoted to perfecting the machinery of hate, while little is being done to organize and develop the institutions of love. We have harnessed thunder and lightning to our bombs and rockets mobilized our food, militarized our manner-trained men, women and children for war-work and prostituted science for the better execution of the design of hate. But how weak and ineffective in comparison is our machinery for executing the design of love.

Let us not despair, however, for all things are possible to earnest men. “Ours is a noble purpose. We seek to change the hearts of men.”
“Our problems,” said President Kennedy a few weeks before his death.
Are man-made therefore *

Man can solve them. No problem of a human destiny beyond the reach of man. In saying this president Kennedy was reaffirming what the Buddha had proclaimed many centuries earlier “ work out your solution with diligence and courage” said the Buddha as He lay dying in the “sala-grove in Kusinara”.
Be ye lamps unto yourselves. Be ye refuge unto yourselves seek no other refuge” Let us follow the Light and the dawn will come when men will live together in peace and happiness and humanity will attain its fullest flowering. 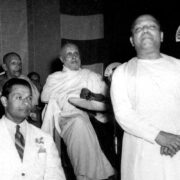 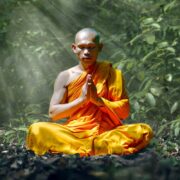 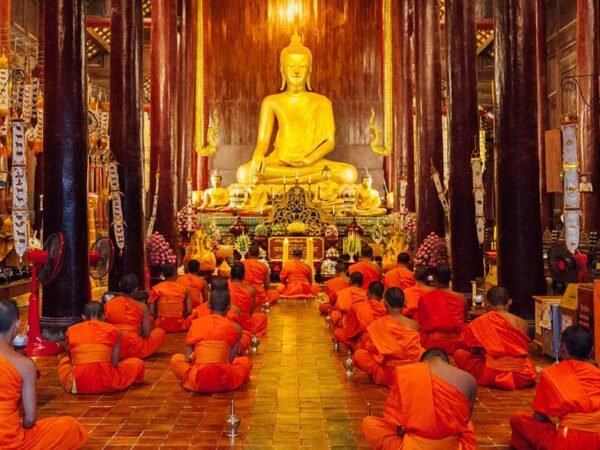 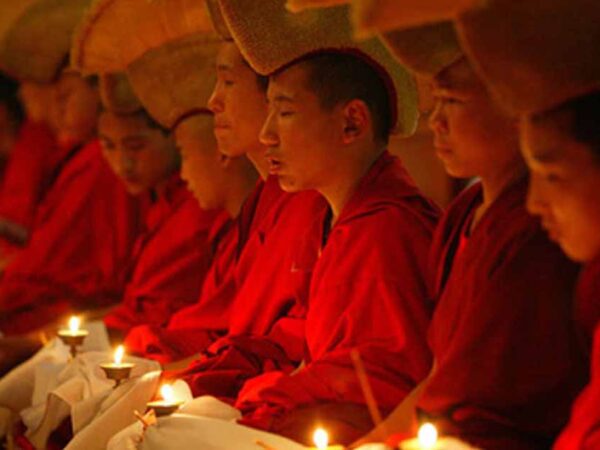 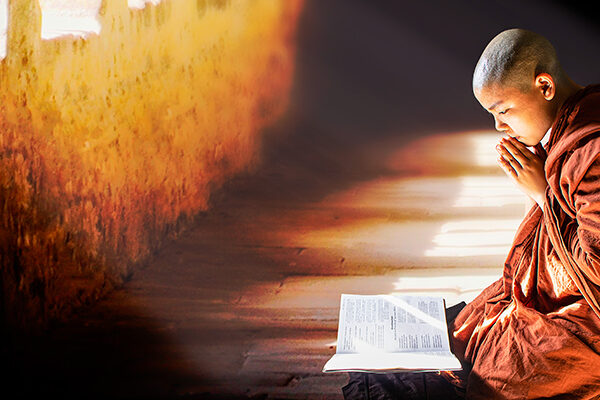 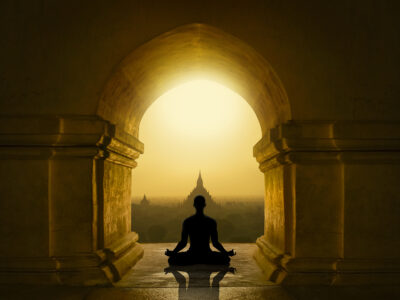 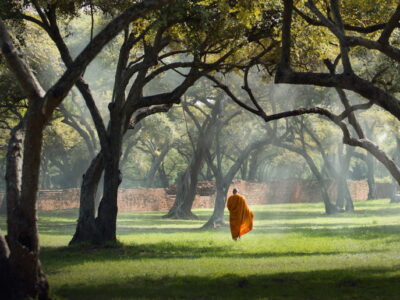 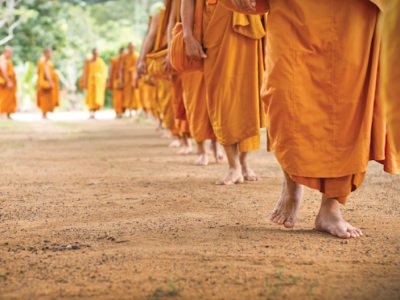 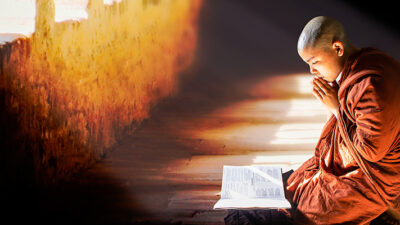 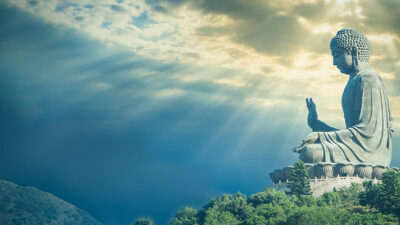 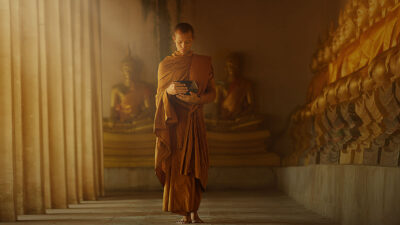