One of the most fundamental teachings of the Buddha is that man is not at the mercy of an inexorable fate and that mankind has within itself the power to control its own destiny. There is no such thing as the inevitability of war or for a matter of that, the inevitability of history. It is for us to fashion our future how we will. We can consciously direct the process of human evolution.

To assume that we are helpless, creatures helplessly caught up in a fast-flowing current being swept away into a final abyss of cataclysm is a philosophy of despair, and Buddhism will countenance no such thing. The Buddha does not teach that man is God. But he does proclaim that man by his effort can become divine, not by supplications but by action inspired by wisdom. 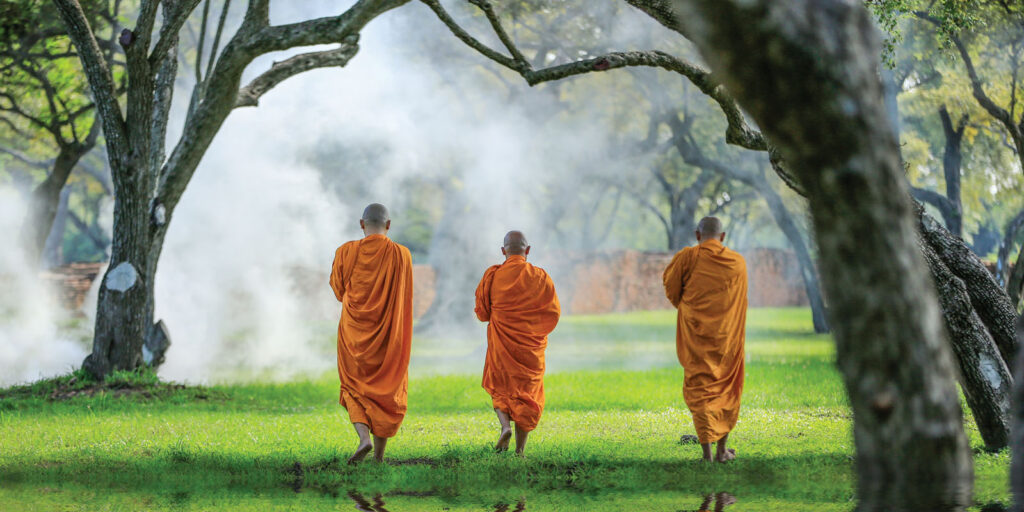 But, that’s the thing about love. When you love someone — when you really love someone, it’s not a matter of convenience. It’s not only something you feel when times are good, it is the very foundation of staying together when times are not as good. When they are bad. When life is tough. That’s when you pull those you love closer, not push them away. It’s the cornerstone of your willingness to fix something you might feel is broken instead of just throwing it away.

Venerable Dr. H. Gunaratana Mahathera In learning the Buddha’s teachings, we learn much ...

Jawaharlal Nehru said: “The Buddha has been something greater than all doctrine and ...