As a worker and thinker on World Peace I am always concerned with this vital issue since nearly five decades for the sake of which I travelled to many parts of the world in connection with many conferences, congregations, seminars, symposiums, goodwill mission, exchanges of thoughts, inter-religious gatherings, etc. thus focusing the attention of world peace in the galaxy of intellectuals, social workers, economists, religious personalities, vibrant youths. As we understand that the expected world peace is not there we the concerned persons who believe in peace in this world should think over this matter more vigorously than earlier so that people of this earth can live in peace free from hatred, greed, aversions, wars, nuclear armaments, bombs, warhead missiles, intolerant situations, political conflicts, all kinds of detrimental attitudes through religious conflicts, fundamentalism, terrorism, environmental crisis, misconceptions in religions etc.

For the greater sake of world peace we the peace workers, and all peace organizations including UNO  must increase the peace activities pursuing those aggressive, adamant people and organizations, countries involved in destroying world peace through their armaments increasing to cool down their horrible detrimental activities so that future generations do not suffer from the devastation of this world for human unwholesome actions. We must think about what we are going to keep for our future generations – a troubled world or a peaceful world. The world is now disturbed only for establishing supremacy on one another through political conflicts, arms fighting or through religious enforcing on the downtrodden people, helpless human beings, to occupy others’ lands, grabbing control of others property, to be richer than richer showing intolerances in every sphere of life.

That fourth world war will be fought with sticks only.” So one can understand what a terrific and horrible situation of this beloved world is now. If the third world war starts there is no question of survival of species in this earth. How much nuclear, hydrogen, atomic, and other types of bombs have been kept piled for destroying this beloved world in the twinkling of an eye. But we the peace lovers do not want to destroy this world. We want to live peacefully enjoying our lives through happiness, love, loving-kindness, compassion, friendship, fraternity, mutual respects, understanding, charity, finally with wisdom. So it has been our bounden duty to come out with a program to establish world peace and to save this beloved earth from the hands of destroyers who have no love for this earth. If the people of this earth follow the Buddha’s sublime teachings it can be expected that we can have a good result for restoring world peace partially if not fully.

World peace depends on the behaviour of world people, politicians, religious leaders, social leaders, social thinkers etc. If every individual behaves as peace is needed definitely there will be world peace or a peaceful world. Individual, family, society, community, regional, national, international etc will have peace if we all work together for peaceful conditions.

a) World peace is not there, so this is a problem. As such this is suffering according to The Buddha- 1st noble truth.

c) The world peace can be restored or obtained. The sufferings can be removed according to The Buddha- 3rd noble truth. 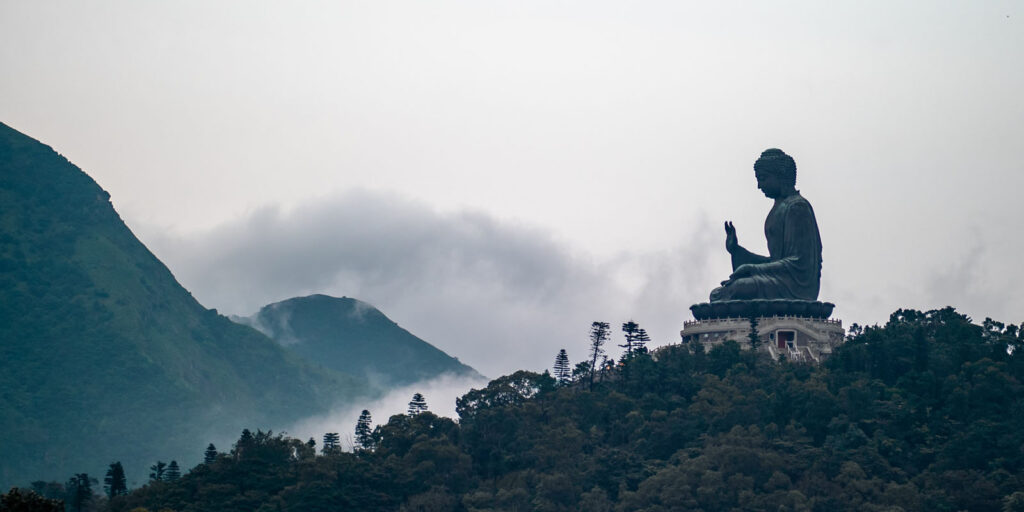 World Peace is not there:

We are talking about world peace as there is no world peace. We would not talk about world peace if there would be peace in the world. If we observe the situation in the world we can assume that we are all frightened with terrorist activities even we are afraid of war any time in the world. This indicates that people of this world do not have peace in mind. Any time one can face an odd situation. It may be in his own country or due to the unexpected situation in other countries.  In this twenty-first century, we are living in a global village where we are all connected with modern technology.

Nothing in this beloved world is separated, everything is interconnected. If any turmoil, trouble, chaos starts in any corner of the world, the wave of that turmoil, trouble will definitely hit the other end of the world. The question of the non-existence of world peace arises from the point of view of the present situation of the world. To us it is a problem. As it is a problem of course it is suffering according to Buddhism. It is suffering in the sense that we do not want to have this problem for the sake of humanity.
The problem related to humanity is a problem in the world. We want that we all human beings must live very peacefully in this world. As such the world must be free from all anomalies. A peaceful world may be a dream. But we do not find any difficulty to have a dream of world peace. Say theoretically we do not want any war. But practically there is war. Say war between Syria and IS, Yemen and Saudi Arabia, Israel and Palestine, etc. The war is affecting the whole world. Any conscious person is concerned with this problem.

Can we stop the war? It is also possible to stop the war and stop the killing of innocent people including children. Because of war and terrorist activities, millions of refugees are leaving their homeland and going to other neighbouring countries.

My country Bangladesh is facing the problem of more than one million refugees from Myanmar and the whole world is concerned about the situation though our very popular leader Prime Minister Sheikh Hasina is very much tolerant and motherly affectionate to the refugees. Still, it is a great burden on my country whose population is more than 160 million.

These are definitely problems not only for refugees and but also for the countries where these refugees are taking shelter. There were problems in the past, there are problems at present, there may be problems in future also. One cannot exactly predict what will happen in future. But the duty of the present-day world people is to create a peaceful situation so that our future generations can live peacefully on the earth. As such duty is ours to think over the matter very seriously. We must not be frustrated, disappointed. On the other hand, we must have the courage to face all the odd problems of this beloved world. Because every human being is different from each other.
As such behaviour is also different. We must take into cognition how the behaviour of an individual is affecting the whole society and taking into consideration of this behaviour we must take a step to minimize the aggravated situation through Buddha’s way or any relevant way acceptable to the peace-loving people of the world.